Why IS specialty coffee different? Why is it better than store bought? Below is a comprehensive explanation on why it's worth putting the time in to learn the craft! 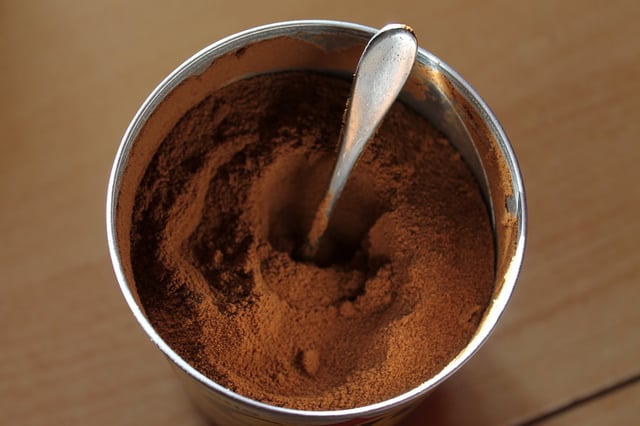 As one of the most widely consumed beverages on the planet, it’s safe to say that coffee has a lot more to it than the dusty old jar of instant sitting in your larder at home right now! Getting a grasp on all the fuss that surrounds coffee nowadays, a jar of instant ain’t a bad place to begin.

For many, coffee is merely a means to an end, an efficient way of clearing the fog of the morning and getting caffeine into the bloodstream. This formula works for both consumers and producers; your jar of instant is a microcosm for this, an industry which has inarguably served both parties very well for decades. This is an industry I like to refer to as ‘commodity’; an industry that produces a generic product, which is typical in origin, mass produced, and very bitter and dark to taste.

A cup of instant coffee is no more than a cup of coffee made to a commodity standard. It's freeze dried, minced into bits and packaged to be sold so it can be diluted with boiling water; so whatever semblance of flavour and complexity it may have once had is completely lost. Admittedly, standards have grown in terms of the instant market, whole aisles in supermarkets are now dedicated to a multitude of different types where before only a bare selection could be found. Unfortunately, once you've seen the light and tasted a real cup of coffee it makes you wonder if instant will ever be good enough!

The commodity standard is also the vast majority of what we find available in coffee shops and eateries across the globe. While generally espresso based drinks are what are available, and therefore a huge step up from from instant coffee, the standards from which they are produced are still found wanting. Generically mass roasted coffee that produces that same dark, bitter, heavy bodied liquid that we’ve all become so accustomed to over the years.

When it comes to my understanding of coffee and applying it to my day to day work as barista, I am a firm believer in giving the customer what they want; “Extra hot cappuccino you say? No problem!” If a customer prefers their coffee to taste a certain way and if they're going to give up their hard earned money for the privilege, then they can have it any way they please. It’s the same with instant coffee, people have either become accustomed to the taste of the stuff over the years, or maybe they just like it, that’s fine by me, each to his/her own. But there is a better way.

The new wave of coffee which has seen a surge in recent years is what we call ‘speciality’ coffee. The term originates back in the seventies, coined to describe the various microclimates in which coffee can be grown. Unique flavour profiles are produced in the beans, which are particular to each individual region. The term has developed and taken on more meaning in recent years, and while it’s original meaning still rings true, the term has now become more synonymous with the high quality of the coffee and the exceptional taste.

In each stage of the coffee beans journey from planting to drinking, under the speciality standard, great care and attention is taken at each stage of the process. This is a relatively new attitude towards coffee - the idea that we now drink it for pleasure, delighting in its complexity of flavour and appreciating it on a greater level than ever before. What is also synonymous with the speciality industry is how more informed the world of coffee has become and our understanding of what is great about coffee has grown no end. So many variables influence what we sip from our cup: the variety of coffee planted, where it is grown, how they are harvested and processed, how they are roasted, how coarse or fine the coffee is ground, what method is used to brew, the list goes on and on. In essence, what great coffee is all about is understanding all these variables, and managing them. Being a great Barista means learning about this growing specialty coffee industry and becoming a master of the variables. Once you have achieved both, coffee can take you anywhere.